Write your own story about a flooded world

The idea of a flooded world has gripped writers like John Wyndham, J.G. Ballard more recently Marcus Sedgwick with his Floodland book (which I’m told is very good). The idea of a great flood sweeping away society is as old as Noah’s Ark but each writer puts a new twist on in. My graphic novel series London Deep is set in the future in a flooded London. The series contains some great ‘manga’ artwork by Paul McGrory and Rebecca Davy.  In London Deep, rival police forces for kids and grown ups compete to keep the peace.

WORKSHOPS AND ASSEMBLIES FOR SCHOOLS
I run creative writing workshops for primary and secondary schools In the past I have run workshops for Shakespeare’s Birthplace Trust and the Young Archaeologists society. I also visit international schools with Author’s Abroad. Email robin@mogzilla.co.uk if you’d like to discuss.

ABOUT MY BOOKS
If you’re not familiar London Deep it is a series of titles that are half graphic novel and half book. The first one was a Recommended Read for World Book Day in 2011. There are now five books in the London Deep series. 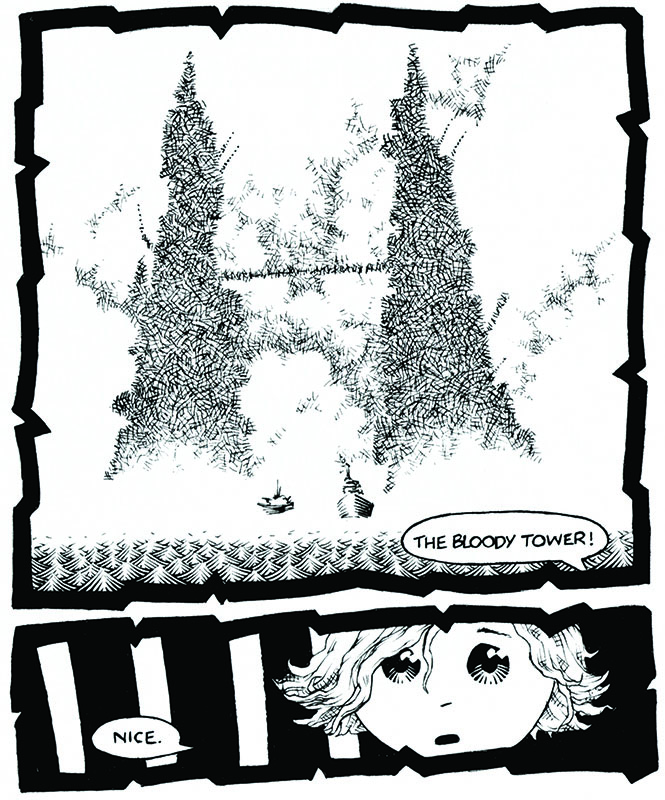 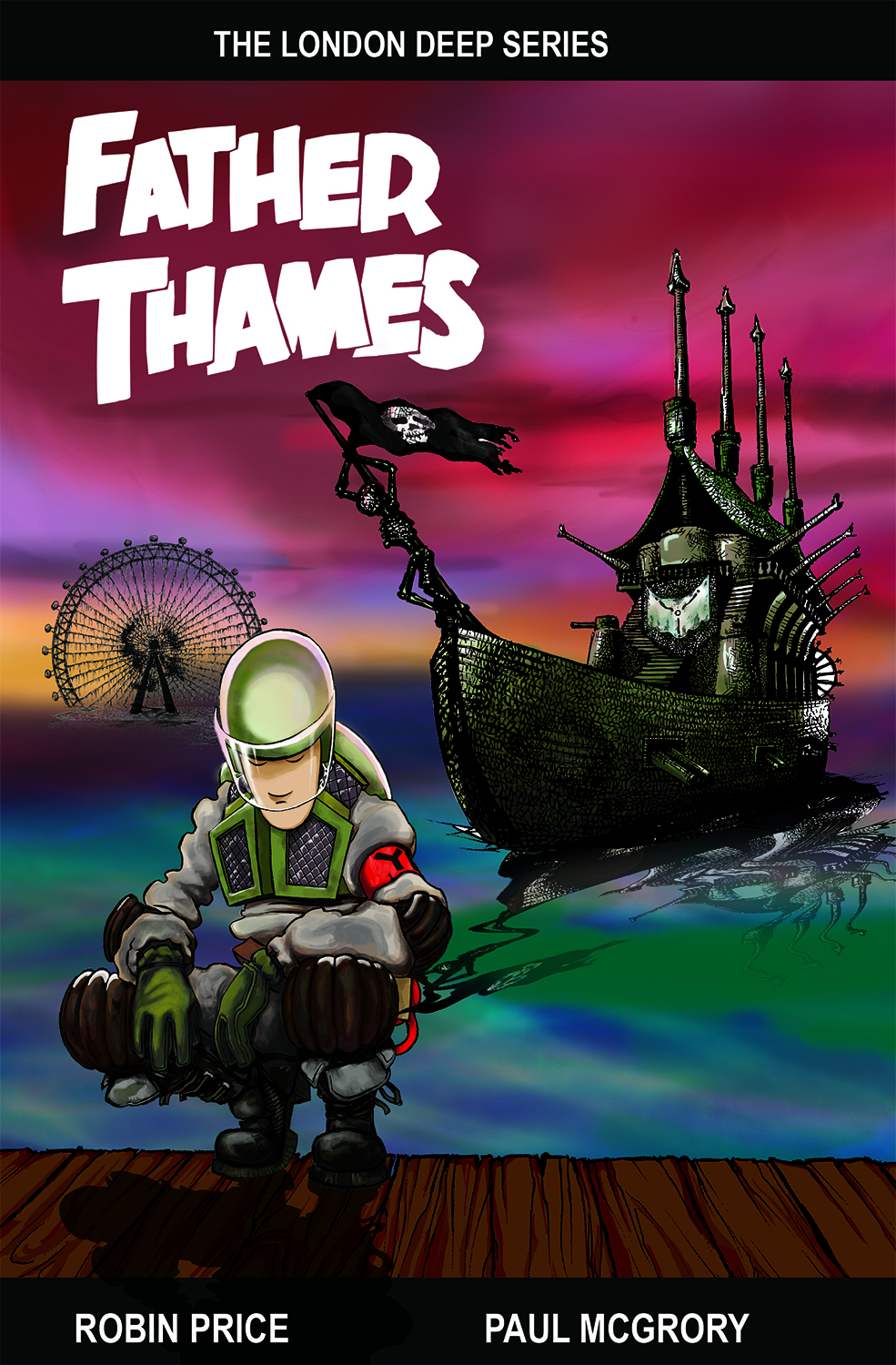 Write your own story about a flooded world
A drowned world is a great setting for some tense dystopian sci-fi.  You can have different communities clashing, plague, famine, pirates, a tsunami, rats, sirens or sea monsters! You can explain how the world got flooded or you could just leave it as a mystery and keep the audience guessing. If you want to write your own flooded world story, the ‘flash writing’ story maker on this page will speed you through the planning and help you get going. (Flash writing is for anyone but teachers might want to check out the instructions below the story maker for tips on how to use it in class or in a creative writing club). If you’d rather write a story about the Romans or the Stone Age – click on one of the historical periods in the right hand navigation for more story makers. 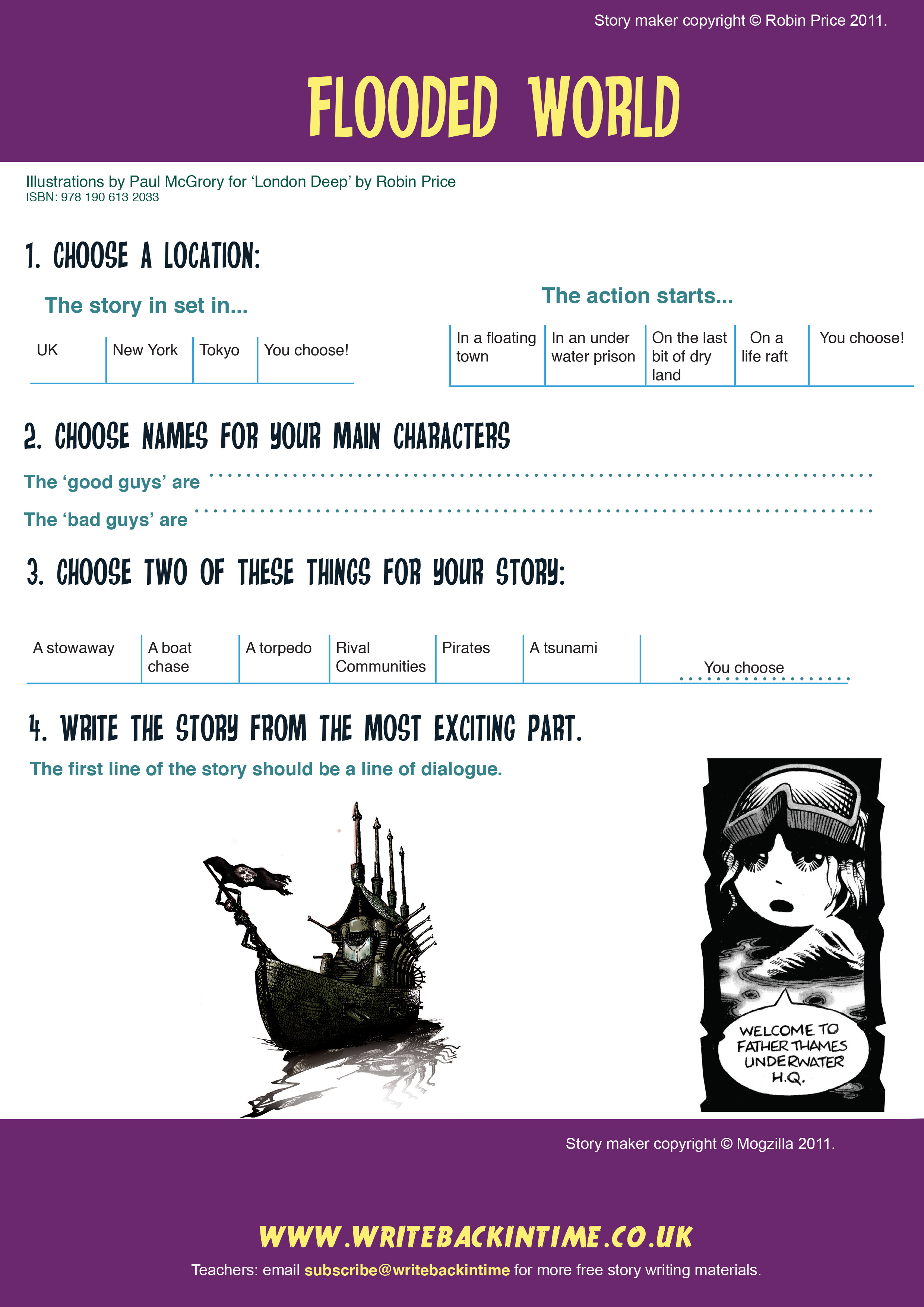 Instructions
I often do one example first on the board as a ‘demo’ getting them to vote on options.
1. Put the class into pairs. Give them the writing frame to each pair. Get them to pick one option each.
2. Tell them to write from the most exciting part of the story.
3. Tell them to write the story one sentence each. (Make sure you give them one sheet of A4 between two writers.)
4. The person who isn’t writing can draw a picture of their goodie or baddie.

After 5-10 minutes of planning you’ll get everyone writing (in pairs). Within an hour the class will be ready to share out their stories.

Check out the interactive version of this writing frame at Creative Writing Club website.

Feedback on the assemblies and workshops

Robin’s “Spartapuss” assembly was a fantastic combination of Roman facts, story telling and knockabout comedy, that, whilst entertaining the whole school, also cunningly prepared the ground for their own Roman story writing. It’s great to see that children have really been motivated to write for themselves and to read his books. ” Richard Smith, Deputy Head Trafalgar Junior School

‘Robin has worked very hard giving us a lot of value for money on creating the workshops and on the behind the scenes thinking to bring the project to a head. Robin has been both creative and reliable and has thought through every step of the project. He is professional in all he does and works very well with children and adults alike.’
Dr Elizabeth Dollimore, Shakespeare’s Birthplace Trust, Stratford-Upon-Avon.

Bring Spartapuss to your school

For those about to write, we salute you!

Write your own Greek myth

Hey Erik! Put down your blood axe and write a saga

Write stories about Boudica and the Celts

Write stories about the Anglo Saxons

Write about the Bronze Age and the Trojan horse

Write a story about ancient Egypt

This website uses cookies to improve your experience while you navigate through the website. Out of these, the cookies that are categorized as necessary are stored on your browser as they are essential for the working of basic functionalities of the website. We also use third-party cookies that help us analyze and understand how you use this website. These cookies will be stored in your browser only with your consent. You also have the option to opt-out of these cookies. But opting out of some of these cookies may affect your browsing experience.
Necessary Always Enabled
Necessary cookies are absolutely essential for the website to function properly. This category only includes cookies that ensures basic functionalities and security features of the website. These cookies do not store any personal information.
Non-necessary
Any cookies that may not be particularly necessary for the website to function and is used specifically to collect user personal data via analytics, ads, other embedded contents are termed as non-necessary cookies. It is mandatory to procure user consent prior to running these cookies on your website.
SAVE & ACCEPT